View cart “Prince of Shadow and Ash (The Mercenary and the Mage #1)” has been added to your cart.

Princess Raelyn would love a simple life getting up to mischief with her brother and being valued for herself, not her title, but her purpose has been dictated since childhood. A treaty that established an unprecedented era of peace requires her marriage to Crown Prince Tristan when she turns eighteen. It’s time to face her destiny, and Raelyn is ready to shoulder the responsibility. But when she gets lost on the way to the wedding, she is caught by a dragon-man. Not only does the monster claim to be Alexander, the rightful crown prince living in hiding, but he refuses to return her to her family—putting the future of her kingdom and safety of her family at risk.

Trapped in dangerous mountains, Raelyn struggles to reconcile the kindness of the dragon-man’s human friends with the beast who breathes fire. When Alexander reveals the shocking truth of his curse, she begins to see past the monstrous exterior to the prince’s human heart. But will Raelyn have the courage to admit her growing attraction to a cursed man? And will her family manage to salvage the treaty when they think her dead?

A Beauty and the Beast reimagining with surprising twists.

This website uses cookies to improve your experience while you navigate through the website. Out of these cookies, the cookies that are categorized as necessary are stored on your browser as they are essential for the working of basic functionalities of the website. We also use third-party cookies that help us analyze and understand how you use this website. These cookies will be stored in your browser only with your consent. You also have the option to opt-out of these cookies. But opting out of some of these cookies may have an effect on your browsing experience.
Necessary Always Enabled
Necessary cookies are absolutely essential for the website to function properly. This category only includes cookies that ensures basic functionalities and security features of the website. These cookies do not store any personal information.
Non-necessary
Any cookies that may not be particularly necessary for the website to function and is used specifically to collect user personal data via analytics, ads, other embedded contents are termed as non-necessary cookies. It is mandatory to procure user consent prior to running these cookies on your website.
SAVE & ACCEPT
1
1
Your Cart 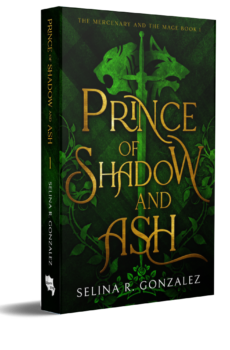