Dresden was not pleased when he found out I was only interviewing Regulus and Adelaide. He argued me into agreeing to interview him–he’s very persistent. But then the rest of Regulus’ knights felt slighted, so I said, fine, group interview it is. It was chaos. I don’t know how Regulus manages them all.

Welcome, all. Please introduce yourselves. Name, nicknames, age, anything you really want us to know about you. Try to keep it brief, though.

Dresden and Caleb at the same time: I’m—

One at a time! Dresden, you start.

Dresden: Smirks. I’m Sir Dresden Jakobs, Reg’s best friend and the most attractive of his knights.

Dresden: They’re just jealous of my luxurious beard. Anyway, my friends call me Drez. I’m twenty-eight. And before you ask, I’m from Monparth. Just, my parents are from Carasom, so I don’t look it.

Perceval: Your enemies call you annoying…

Caleb: Ladies like my scruff, thank you. Anyway, I’m a man of many talents. Beloved bard, talented musician, legendary wooer, and the best archer in Monparth and probably several other kingdoms.

Jerrick: That last bit is true.

Estevan: Can I go next?

I sigh. Yes, Estevan, go ahead.

Estevan: Estevan Wolgemuth, age twenty-two, master of knives and daggers, handy with a spear. You know I joined Regulus’ troop at eighteen? Youngest member, and one of his best. Also, I can out-woo Caleb any day.

Dresden: You can also get beat with an apron and chased out of taverns.

Caleb and Estevan together: THAT WAS ONE TIME.

Okay, how about…Jerrick? You’ve been the most well-behaved of the adults so far.

Harold: I’m not a child.

I know, but you are pretty young. Jerrick?

Jerrick: Sir Jerrick Faras, don’t call me Rick. Faras is fine. I’m twenty-six, happily married for almost two years to the lovely Sarah, who is the world’s best baker. Bit of a…violent past that drove me out of Bhitra. Was working as a thief for a…um…less than legal horse trading operation in Khastalland when I met Regulus. He gave me a chance to be better. Other than maybe Dresden, I’m the most level-headed of the group. Also the only one who can properly wield a battle-axe.

…Really? No one’s going to argue with him?

The rest of the men shrug and shake their heads.

Caleb: We’ve been over this, Perce. You don’t get to claim an education from two weeks of university.

Perceval: Coulda stayed if I wanted. And that’s more than any of you.

Caleb: You were kicked out.

Dresden: Harold, quick, introduce yourself before they get carried away.

Harold: I’m Harold Russell, Lord Hargreaves’ squire. I’m sixteen, so I’m practically an adult. I joined Captain Hargreaves’ mercenaries as a baggage boy at fourteen after my father died in a mining accident. My mum died when I was little, plague or something.

Dresden: Reg doesn’t make it feel like serving. Most of the time. He’s my friend first. Usually.

Caleb: Reg said not to curse. Course, that was mostly for Dresden, because he has the mouth of an old sailor.

Perceval: Fine. He won’t be bullied. He stands his ground and doesn’t care about people’s judgment. I respect that. Plus, he’s saved my life more than once. Wouldn’t serve anybody else.

Jerrick: He believed I could do better if given a chance. He knighted a black-skinned Bhitran in Monparth, because he cares about people, not tradition. He insisted we call him Regulus, not my lord. I owe him my life a few times over. So yes, I like serving him. Even if he’s sometimes bull-headed and reckless.

Caleb: Regulus is a worthy man to serve. Although, sometimes it seems he thinks he’s serving us. It’s easy to follow a man you know would risk his neck for yours. But he’s dead serious when he gives orders.

Dresden: Muttering under his breath. Truth. I don’t like orders-giving Regulus.

Estevan: He knows when to go easy and where to draw a line. Plus he’s not all high-and-mighty. He’s just like us. But better.

Harold: I want to be as good as Lord Hargreaves one day. Maybe not as serious and intimidating, but definitely as good. He always tries to do the right thing, even when it’s hard.

Harold: He’s terrifying. But I also trust and respect him. I’d do anything he asked.

Well, that’s really all we have time for.

Dresden: This is why I wanted my own interview!

Caleb: I’m so much more interesting than you. I deserve a full interview.

ALL OF YOU OUT. 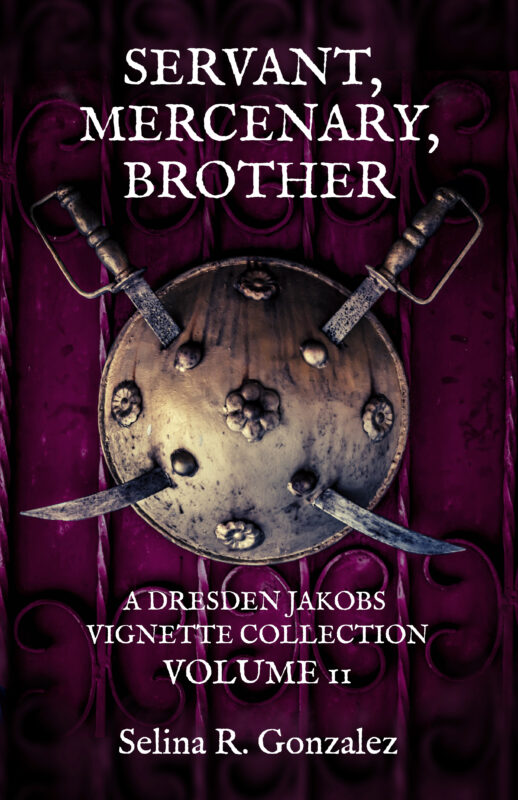