Yesterday I got back from a fun but exhausting week with one of my best friends, helping her prepare for and being in her wedding. I’m jet-lagged, tired, and have a bit of a cold, so I decided to do something easy for this week’s blog post–take a look at what films I’m looking forward to this year.

If Beale Street Could Talk (R) — This is only sorta a January release. It was shown last summer/fall at film festivals and started being released to theaters on Christmas, but I’m pretty sure it just got to my area this month. The critic and audience reviews on this look great, it looks emotional, and the plot looks interesting. I might wait until DVD since it’s rated R (which I don’t often watch), but we’ll see.

“Set in early-1970s Harlem, If Beale Street Could Talk is a timeless and moving love story of both a couple’s unbreakable bond and the African-American family’s empowering embrace, as told through the eyes of 19-year-old Tish Rivers (screen newcomer KiKi Layne). A daughter and wife-to-be, Tish vividly recalls the passion, respect and trust that have connected her and her artist fiancé Alonzo Hunt, who goes by the nickname Fonny (Stephan James). Friends since childhood, the devoted couple dream of a future together but their plans are derailed when Fonny is arrested for a crime he did not commit.” (All synopses from movieinsider.com)

For some reason this is listed on IMDB as having released in 2017, so that’s confusing. But anyway, this looks funny. I’m not a big Kevin Hart fan, and what I’ve seen is hit-or-miss. But I’m hoping this is good. It looks like if Me Before You (which I HATED because of the ending) was a buddy dramedy, and I’m here for it.

“After being paralyzed in a hang-gliding accident, an aristocrat hires a young man from the projects to be his caretaker.”

So often nothing comes out in February I want to see. Which is a tragedy, because my birthday is in February. But not this year! This year, February is looking pretty good at the theater.

The Lego Movie 2: The Second Part (PG) – Feb 8 — I LOVED the first Lego Movie and The Lego Batman Movie. And the trailers for this are hilarious, with all the ridiculous meta- and fourth-wall-breaking-humor I loved in the others.

Alita: Battle Angel (PG-13) – Feb 14 — I’m SO seeing this for my birthday (which is a couple days before this comes out). Cyborgs and androids and action and fight scenes…oh yes.

“Set several centuries in the future, the abandoned Alita (Rosa Salazar) is found in the scrapyard of Iron City by Ido (Christoph Waltz), a compassionate cyber-doctor who takes the unconscious cyborg Alita to his clinic. When Alita awakens she has no memory of who she is, nor does she have any recognition of the world she finds herself in. Everything is new to Alita, every experience a first. As she learns to navigate her new life and the treacherous streets of Iron City, Ido tries to shield Alita from her mysterious past while her street-smart new friend, Hugo (Keean Johnson), offers instead to help trigger her memories. A growing affection develops between the two until deadly forces come after Alita and threaten her newfound relationships. It is then that Alita discovers she has extraordinary fighting abilities that could be used to save the friends and family she’s grown to love. Determined to uncover the truth behind her origin, Alita sets out on a journey that will lead her to take on the injustices of this dark, corrupt world, and discover that one young woman can change the world in which she lives.”

How to Train Your Dragon: The Hidden World (PG) – Feb 22 — The first HTTYD is one of my favorite movies. I really like the second one, too. But I have to be honest, I’m a little nervous about this one.

“What began as an unlikely friendship between an adolescent Viking and a fearsome Night Fury dragon has become an epic trilogy spanning their lives. In this next chapter, Hiccup and Toothless will finally discover their true destinies: the village chief as ruler of Berk alongside Astrid, and the dragon as leader of his own kind. As both ascend, the darkest threat they’ve yet faced—as well as the appearance of a female Night Fury—will test the bonds of their relationship like never before.”

Chaos Walking (??) – Mar 1 — I honestly don’t know much about this movie. But I love Tom Holland and really like Daisy Ridley. So it’s on my radar. Plus, the plot seems interesting, if confusing.

“Set in a dystopian world where all living creatures can hear each other’s thoughts.
Only young Todd Hewitt (Holland) holds the key to stopping planet-wide destruction. As he flees with his dog in hand, he stumbles upon a strange and silent girl, Viola (Ridley). They soon set off on a white-knuckle adventure into the depths of unexplored New World to find a way for Viola to contact her people on a distant spaceship and Todd begins to realize that he must unlearn everything he knows in order to figure things out.”

Captain Marvel (PG-13) – Mar 8 — I AM BEYOND READY FOR THIS MOVIE. I’ve been excited since it was announced, more excited since I’ve read some Captain Marvel comics, and have loved what I’ve seen in the trailers. I’m definitely a Marvel fangirl (not even sorry), so yeah. I’m now officially on my “new content ban” where I stop watching teasers and trailers and reading anything about the movie so I can experience as much as possible for the first time in the theater. Also, #girlpower. (Please be as good as Wonder Woman, please be as good as Wonder Woman.)

“Follows Carol Danvers, an Air Force pilot whose DNA is fused with that of an alien during an accident. The resulting alteration gives her with the superpowers of strength, energy projection, and flight.” Also, Skrulls. And young Sam LJ. And Coulson.

“A teenager becomes the superhero known as Captain Marvel when he utters the magic word “Shazam!””

“College-bound romantic Daniel Bae and Jamaica-born pragmatist Natasha Kingsley meet—and fall for each other—over one magical day amidst the fervor and flurry of New York City. Sparks immediately fly between these two strangers, who might never have met had fate not given them a little push. But will fate be enough to take these teens from star-crossed to lucky in love? With just hours left on the clock in what looks to be her last day in the U.S., Natasha is fighting against her family’s deportation as fiercely as she’s fighting her budding feelings for Daniel, who is working just as hard to convince her they are destined to be together.”

Aladdin (PG) May 24 — Aladdin is tied with Beauty and the Beast for my favorite childhood Disney movie. I’ve wanted a live action version since forever. And the photos and trailer for this have me all kinds of excited! I WANT IT NOW.

Do you really need the synopsis for this? Really? I didn’t think so.

Men in Black: International (PG-13) – June 14 — So, I haven’t actually seen any of the others (although I plan on fixing that soon), but I was all for this when I saw “Chris Hemsworth and Tessa Thompson.” And the trailer is pretty good.

“The Men in Black have always protected the Earth from the scum of the universe. In this new adventure, they tackle their biggest, most global threat to date: a mole in the Men in Black organization.”

Then, there are some dark months where nothing currently is striking my fancy. Maybe once some more trailers are out.

Star Wars: Episode IX (expected PG-13) – Dec 20 — Because even if Last Jedi was a let-down, I enjoyed it fairly well in the moment, and I’ll always turn out for Star Wars.

See any movie you’re hyped for? Did I miss any you’re excited to see? Tell me about them! 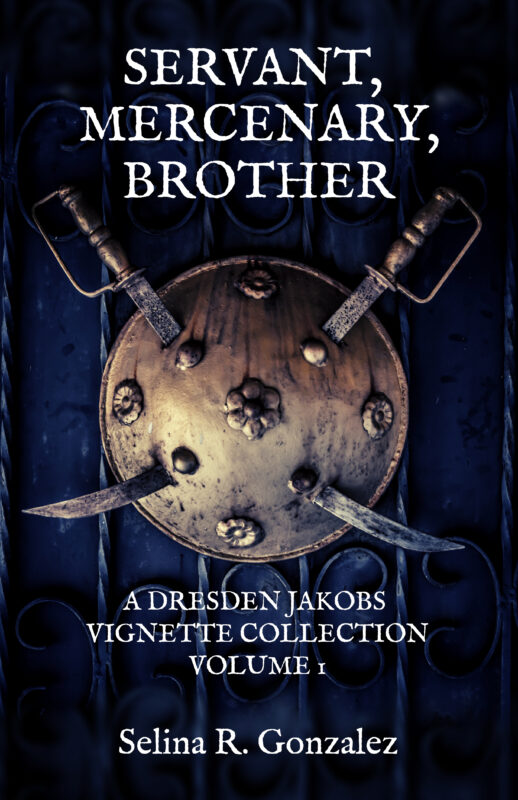