View cart “Staff of Nightfall (The Mercenary and the Mage #2)” has been added to your cart.

Prince of Shadow and Ash (The Mercenary and the Mage #1)

She could be his light… If his darkness doesn’t destroy them both.

Bastard and former mercenary Lord Regulus Hargreaves’ resolve is crumbling. He’s desperate to pay off his debt to the sorcerer who enslaved him, but after two years, he fears he’ll never be free of the cursed mark that won’t even let him die. Then Lady Adelaide sees past his scar and shadowed past, and Regulus’ dying hope rekindles.

But will loving Adelaide while serving the Prince of Shadow and Ash put her in danger?

Adelaide Belanger yearns to use the magical energy within her, but revealing her power could get her killed–like every other mage in the kingdom. When she meets kind and rugged Regulus, she wonders if she has finally found someone to trust with her secret—and her heart. Regulus and Adelaide struggle to protect their romance and keep their secrets from predatory nobles and the devious sorcerer.

By the time their secrets are revealed, it may be too late for them both…and possibly for the entire kingdom.

This website uses cookies to improve your experience while you navigate through the website. Out of these cookies, the cookies that are categorized as necessary are stored on your browser as they are essential for the working of basic functionalities of the website. We also use third-party cookies that help us analyze and understand how you use this website. These cookies will be stored in your browser only with your consent. You also have the option to opt-out of these cookies. But opting out of some of these cookies may have an effect on your browsing experience.
Necessary Always Enabled
Necessary cookies are absolutely essential for the website to function properly. This category only includes cookies that ensures basic functionalities and security features of the website. These cookies do not store any personal information.
Non-necessary
Any cookies that may not be particularly necessary for the website to function and is used specifically to collect user personal data via analytics, ads, other embedded contents are termed as non-necessary cookies. It is mandatory to procure user consent prior to running these cookies on your website.
SAVE & ACCEPT
1
1
Your Cart 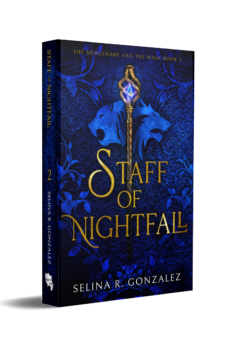